In the past, I’ve been a pretty vocal critic of the barbarous relic, but I want to clear up a few things. I am not anti-gold, I have no view on its fundamentals or what it might do in the event that the economy does X, Y, or Z. What I am vehemently against are the people who think gold is the solution for everything, particularly everything bad that can happen. These charlatans are financial predators of the highest order, preying on the financially illiterate and selling promises they can’t deliver.

“Is geopolitical risk keeping you up at night? Buy gold.”

Barring a steep correction between today and the close on Thursday, I will buy GLD in my Roth IRA. The purchase will represent 10% of my liquid net worth. I’m not buying gold for any other reason than it is going up. Let me explain.

I’ve shared this admittedly cherry-picked chart in the past to support my view (which hasn’t changed) that gold is a great trading vehicle, but it is not a great long-term investment. In 1980, gold and the Dow were both 800. Today, the Dow is almost 17x the price of Gold, with dividends its 79x! 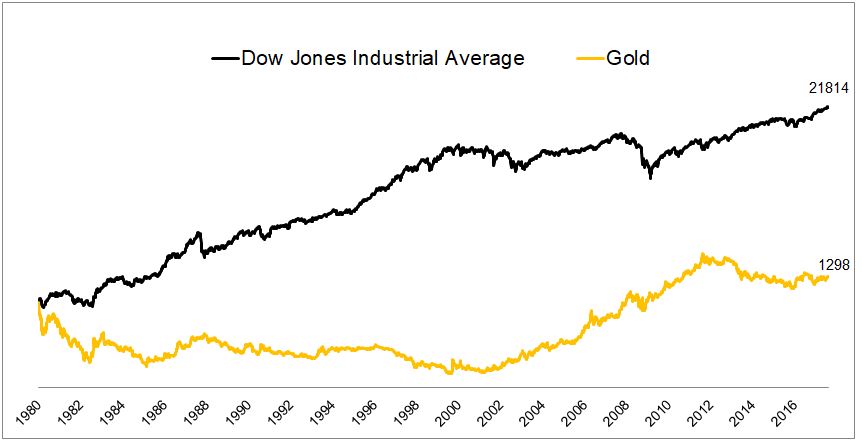 Prior to 1980, gold had wrapped up what Peter Bernstein called an “extraordinary episode in financial history.” From 1968-1980, it gained 30% a year. For context, not that a 30% CAGR for 12 years needs any, but stocks have never witnessed anything like this. In 1980, following this incredible performance, there was $1.6 trillion invested in gold. The market cap of all U.S. stocks was $1.4 trillion!

If you used the simplest of trend-following methods, investing in gold when it was above its 12-month moving average, and going to cash when it is below, the results would have been far better than just buying and holding gold. 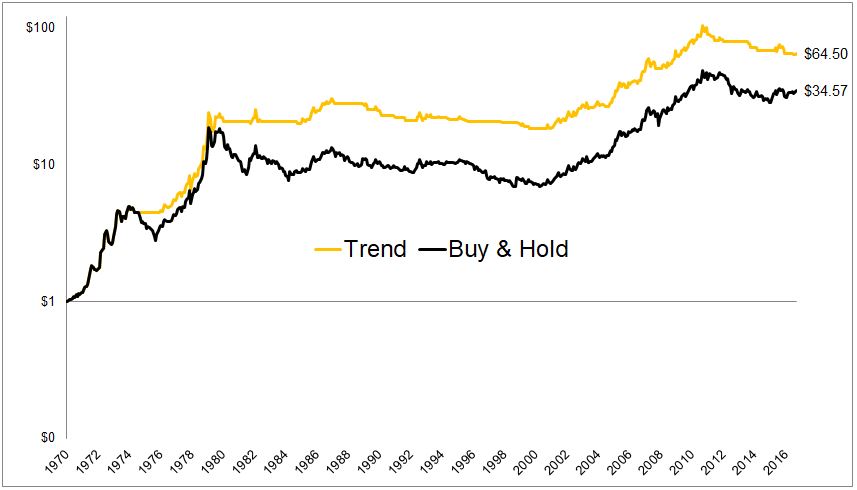 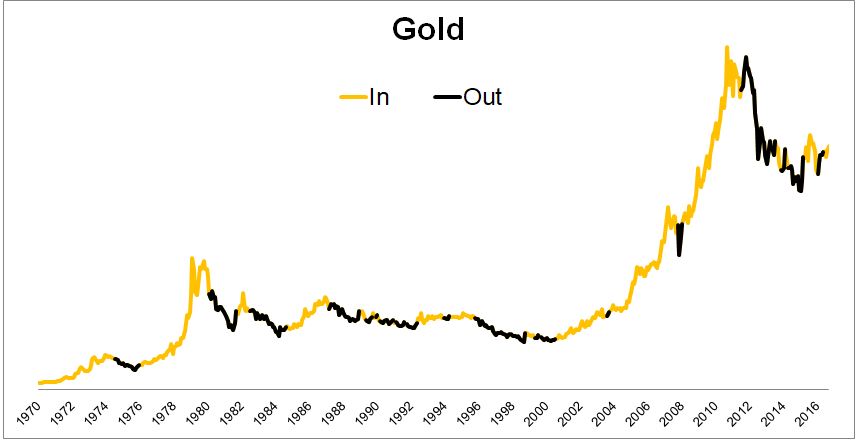 The chart below shows the hypothetical results from each of the 30 exits following an entry (going back to 1970). Using these rules would have resulted in a loss two-thirds of the time. But as you can see, the losses have been relatively shallow, not exceeding 10%, while the gains have been good to extraordinary. 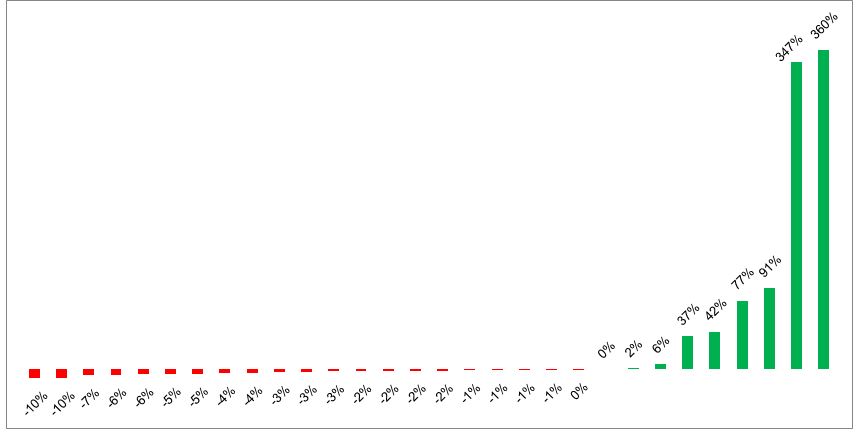 I like to say that the worst ten year period for any backtest is the next ten years, but I think that this simple trend following rule should continue to be effective in the future. The reason why trend following works with gold is because gold doesn’t trade on fundamentals, it trades on sentiment and emotion, which looks something like this. 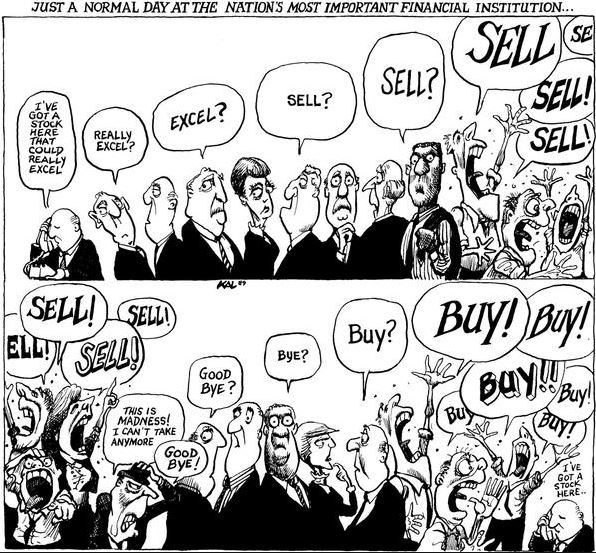 I’m violating my own rules by talking about an investment publicly and I’ll admit that this is driven in part to protect my fragile ego. I want to show that I’m intellectually flexible, and that the trash I’ve talked about gold was targeted at the charlatans pumping it and not the asset itself. By following rules, however, I can eliminate the ego that is attached to public pronouncements. I view this purchase as a lottery ticket, with better odds. It has negative expected returns, but if it ends up in the black, it should be solidly gold.

Full Disclosure: Nothing on this site should ever be considered to be advice, research or an invitation to buy or sell any securities, please see my Terms & Conditions page for a full disclaimer.

Now go talk about it.